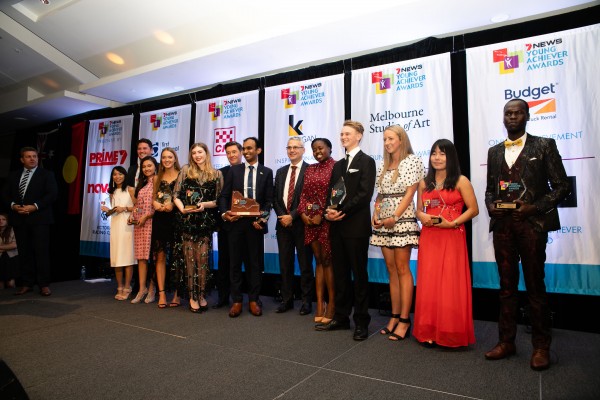 The 2019 Winners with Danny Pearson MP, Parliamentary Secretary to the Premier representing The Hon Gabrielle Williams MP, Minister for Youth, Minister for Women and Minister for Prevention of Family Violence at Flemington Racecourse

Arun Thomas, 29 of Horsham is an experienced Registered nurse who has a strong focus and passion for leadership, governance and aged care. In 2018, Arun was awarded Victorian state-wide Celebrating Aged Care Leadership Award and became a finalist - Excellence in Leadership by Victorian Healthcare Association for championing resident care and safety. He has established a leadership scholarship as a part of 'giving back' to his Alma Mater to unlock the potential of Aboriginal and Torres Strait Islander students. Arun is a Board Director at Stawell Regional Health and an Associate Nurse Unit Manager at Edenhope District Memorial Hospital. 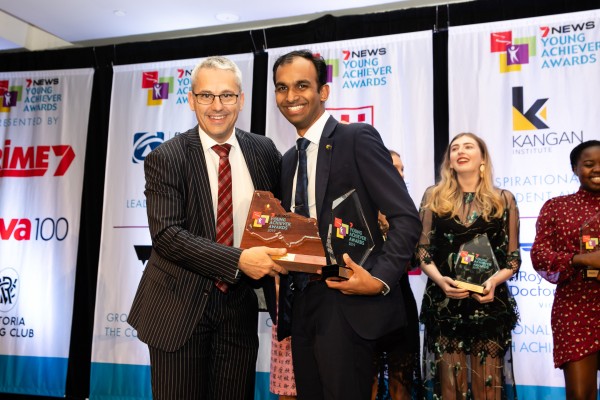 Danny Pearson MP, Parliamentary Secretary to the Premier representing The Hon Gabrielle Williams MP, Minister for Youth, Minister for Women and Minister for Prevention of Family Violence presented Arun Thomas with the 2019 Victorian Young Achiever of the Year Award

Rose Duong, 27 of Richmond has a passion for sustainability and fashion. Rose supports fashion products with integrity, whether it is sustainable, ethical or local. She owns Clothes Loop, the first fashion platform where customers can shop products and swap them afterwards. Creating true sustainability and raising awareness, Clothes Loop has a retail store and an upcoming online app. Rose lectures about Sustainability and Design at RMIT. She has been working as a User Experience Designer and design consultant for five years. She does pro bono work as design consultant in YBF. In 2014, Rose was a runner up for the Green Innovators award. 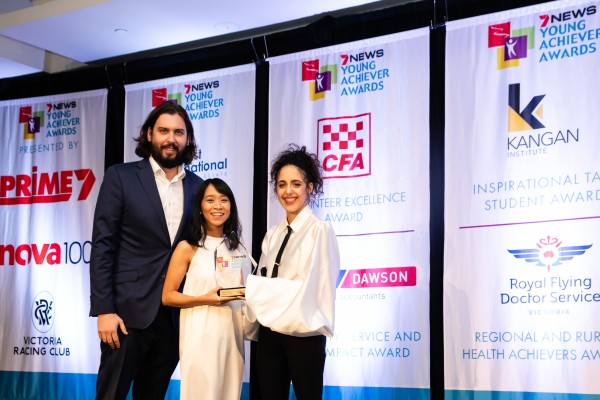 Claudia Cox, 17 of Berriwillock is dedicated to rural development. She was selected as Rural Youth Ambassador in 2017 where she discussed major issues with the Minister for Education. She was able to secure an $83,000 grant to fund the ‘Rural Inspire’ project, a website that provides information and support to struggling rural students. Claudia was appointed as 2018 Tyrrell College school captain. As secretary and active member of the Sea Lake Youth Group, she organised a community Colour Run to raise funds for the restoration of Green Lake. In 2018, she was awarded a VCE leader finalist for her contribution to her community. 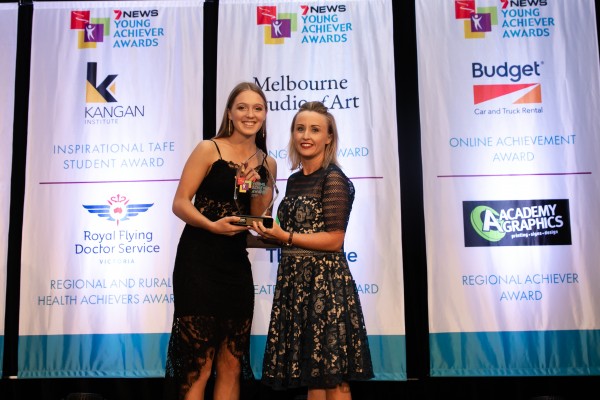 Yasmin Poole, 20 of Williamstown seeks to empower young women to enter politics. She is the Director of Global Business Development for 180 Degrees Consulting, a youth consultancy organisation. As 2018 Chair of the Victorian Government’s Youth Congress, she led the Congress in advising the government about improving youth policy and focus on mental health. Yasmin represented Australia at the 2018 APEC conference and ASEAN-Australia Special Summit. She was also named Plan International and the World Bank Ambassador. A survivor of severe scoliosis, Yasmin won the Zonta International Women in Business Award and was recognised as Victorian Government Joan Kirner Young and Emerging Woman Leader. 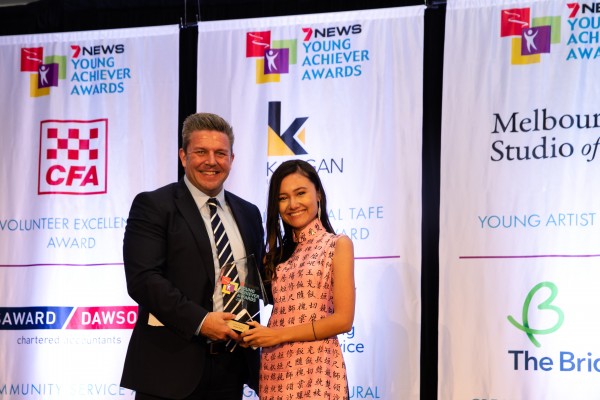 Georgie Stone, 18 of Bentleigh is an advocate for trans and gender diverse youth. She achieved significant legal reforms since her initial hearing in the Family Court of Australia, resulting in timely access to treatments for trans adolescents. She was also involved in the Victorian Government’s media campaign to support Safe Schools Program. She was featured in numerous media stories and interviews with over a million viewers. Georgie was awarded the 2017 Young People’s Human Rights Medal and was recognised as 2018 Victorian Young Australian of the Year. She was also named Wear It Purple Ambassador and Human Rights Arts and Film Festival Ambassador. 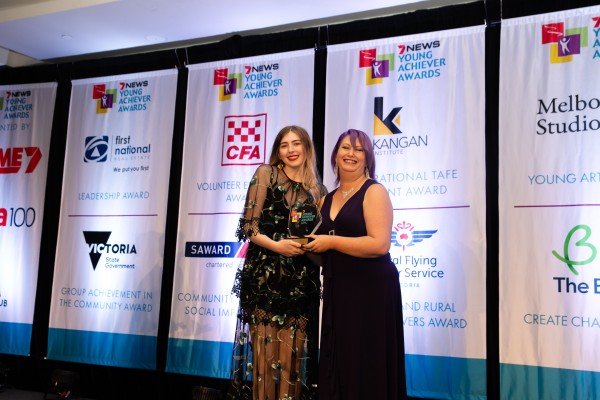 The Victorian Government Group Achievement in the Community Award

Entrepreneurs Movement Club of Pakenham is a youth led organisation, established by seven South Sudanese Australian. EMC aims to connect South Sudanese young people to the community and link them to opportunities to support their further education and employment pathways. Some of their initiatives include the Multicultural Youth Employment Forum, Inaugural African Diaspora Summit, entrepreneurship workshops, soccer tournaments and a homework club. They have engaged over 2,000 young people since 2015. EMC seeks to provide a positive narrative of South Sudanese/African Australian young people amidst negative media portrayal. They encourage participation in education and employment by linking opportunities such as apprenticeships and personal development workshops. 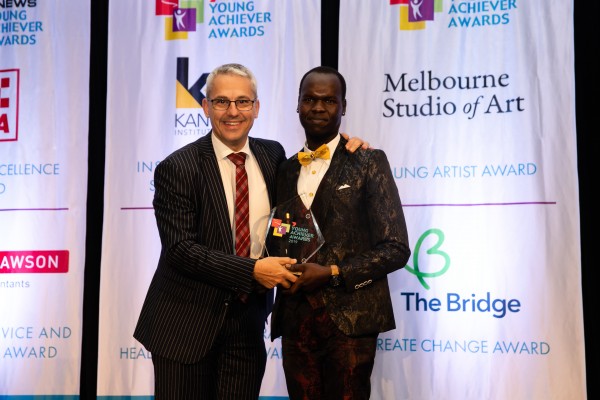 Josh Murray, 18 of Kerrie is enthusiastic about sustainable farming. He started his own free range egg business, Josh’s Rainbow Eggs, at the age of 9 with just 40 hens. Ten years later, Josh has 10,000 hens and has developed the most environmentally sustainable model of egg farming in Australia. He uses state-of-the-art wind and solar-powered mobile sheds and pasture rotation. He regularly gives talks to school children about his egg business and plans to launch a farm education centre. Josh is currently working with researchers and educators to design curriculum materials on sustainable agriculture. He is also writing a children’s book about his story. 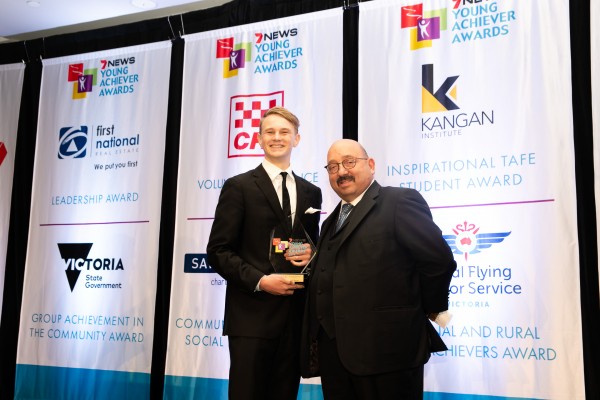 Arun Thomas, 29 of Horsham is an experienced Registered nurse who has a strong focus and passion for leadership, governance and aged care. In 2018, Arun was awarded Victorian state-wide Celebrating Aged Care Leadership Award and became a finalist - Excellence in Leadership by Victorian Healthcare Association for championing resident care and safety. He has established a leadership scholarship as a part of 'giving back' to his Alma Mater to unlock the potential of Aboriginal and Torres Strait Islander students. Arun is a Board Director at Stawell Regional Health and an Associate Nurse Unit Manager at Edenhope District Memorial Hospital. 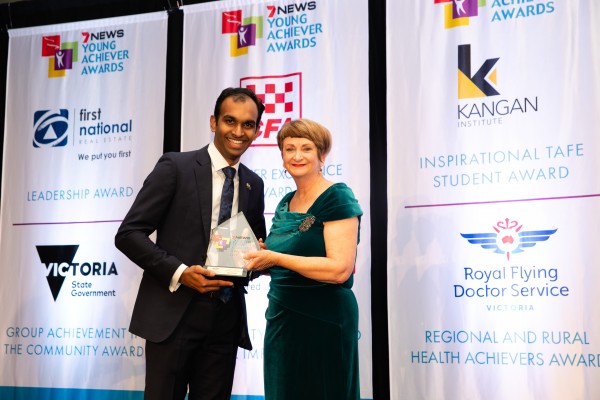 William Strange, 29 of Abbotsford has a passion for technology. He is the founder and CEO of SPT, a start-up that builds multiple websites such as GameTraka.com, a cloud-based software solution for team sports, currently used by over 25,000 users and 1,000 teams across 100 countries. A GameTraka app is also available for iOS and Android users. SPT was awarded the Top 50 Most Innovative Start up's in the world by the Hype Foundation and was shortlisted by the World of Sport as best Tech product for High Performance. They have successfully closed three capital rounds for Australia's most influential business people and sporting icons. 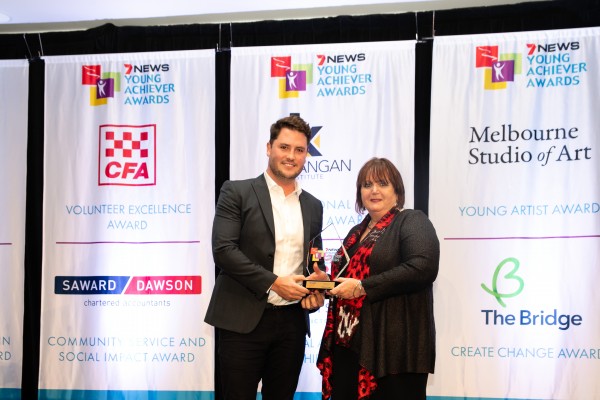 Teghan Henderson, 22 of Warrenheip is a strong advocate for positive change and inclusion. Teghan plays a pivotal role in the community by supporting families of children with a disability. She is a volunteer at Pinarc Disability Support in Ballarat and encourages other volunteers to join her. The “Interchange Program” at Pinarc, matches a child or young person who has a disability with a host volunteer. The volunteer provides care for the child on a regular basis plus opportunities for friendship and positive experiences. Teghan was the 2018 winner of the City of Ballarat Youth Volunteer Award and the overall City of Ballarat Youth Award. 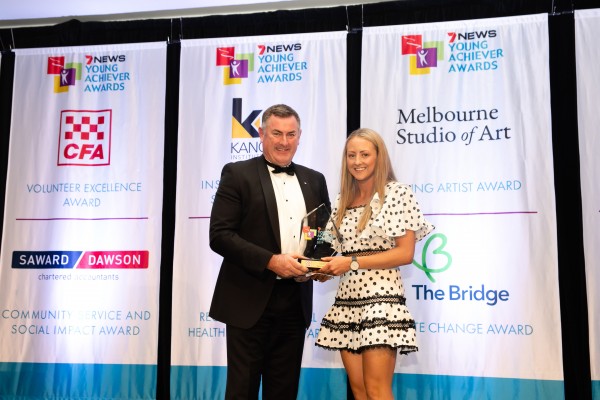 Lwe Pree, 25 of Long Gully is determined to forge a better life for herself. After fleeing Myanmar and spending most of her life in a refugee camp in Thailand, she arrived in Australia with no English or work skills. With determination, Lwe set out clear study and employment goals and successfully achieved qualifications in English language, health support services, IT, general education for adult, community services and interpretation and translation. She volunteers at the Karen Cultural Social Support Foundation and Bendigo Community Health Service. Lwe is looking forward to earning her Diploma of Community Service and become a qualified community service worker. 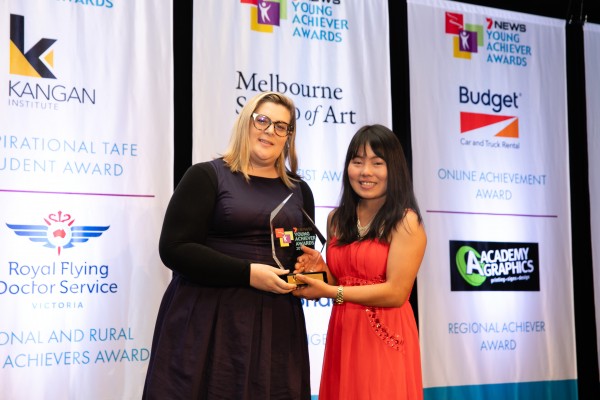 Lorraine Ngwenya, 29 of Burnside Heights is committed to addressing youth unemployment. She is the founder of Useful Link, an organisation that seeks to empower young people in areas of employment, personal development and leadership. Having experienced the issue herself after finishing university, Lorraine dedicates her time by running employment workshops in schools, universities and youth organisations. She also speaks to government and businesses to educate and bring about change. She worked with the Minister of Multiculturalism on the Recruit Smarter Initiative, which seeks to fight unconscious bias in hiring processes. Lorraine has worked with over 2,000 young people in the last 2 and a half years. 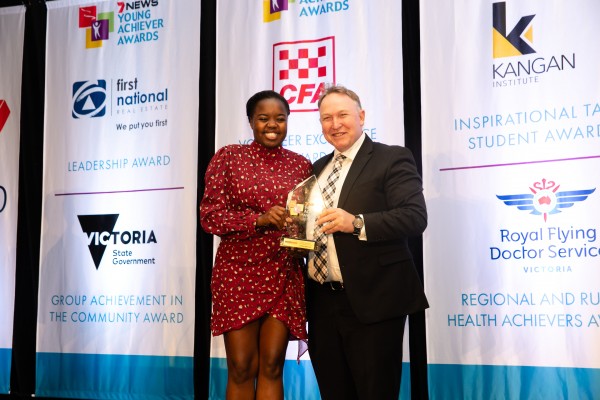