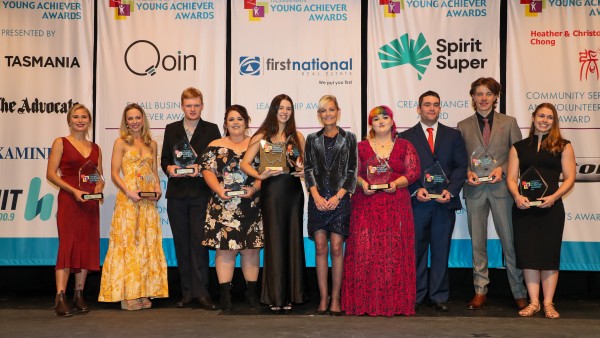 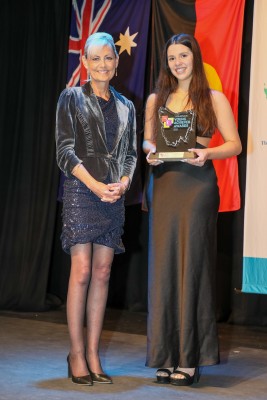 Grace Tame 26 of Bellerive was groomed and sexually assaulted at 15 leading her to become an advocate for survivors of child sexual assault and a leader of positive change. Recognising the injustice of Tasmania’s gag order preventing survivors from self-identifying publicly, Grace joined the #LetHerSpeak campaign and in 2019 won the right to speak out under her own name. Grace is now focussed on encouraging survivors to share their stories without shame, education around grooming and helping form a federal system that supports the survivors, not just perpetrators. Grace is the 2021 Australian of the Year. 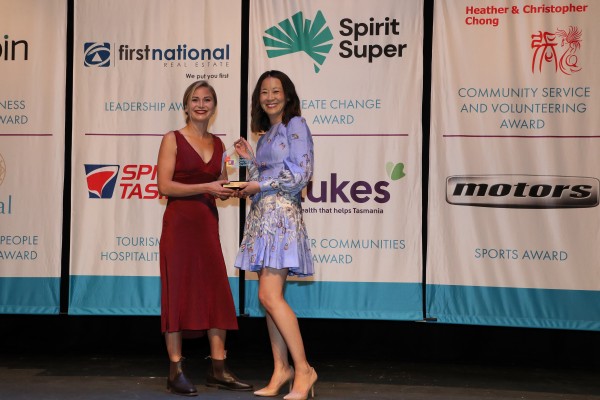 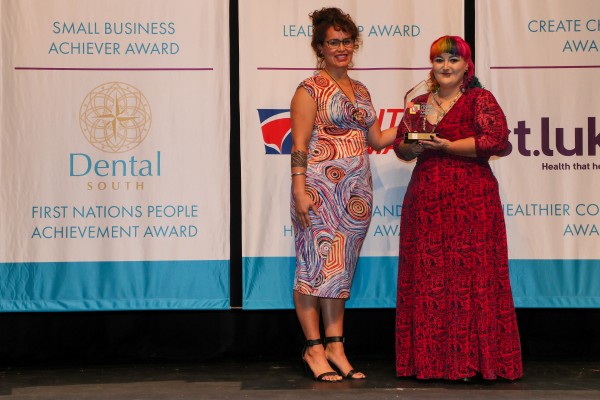 Lara Emmett 21 of Ulverstone is helping save lives, create great Australians and build better communities. In early 2020, Lara represented Tasmania at Surf Life Saving Australia’s National Leadership College - an annual leadership program recognising young leaders in SLS aged 20-30. She has been appointed Youth Representative on Life Saving Tasmania’s Lifesaving Executive Committee. Lara has also earned a place in the National Women’s Mentoring Program. She is the Founder and Chair of the Surf Life Saving Tasmania (SLST) Youth Committee and has become Deputy Coordinator for SLST’s Development Camp. Lara does all her volunteer work whilst being a full-time medical student in North Queensland. 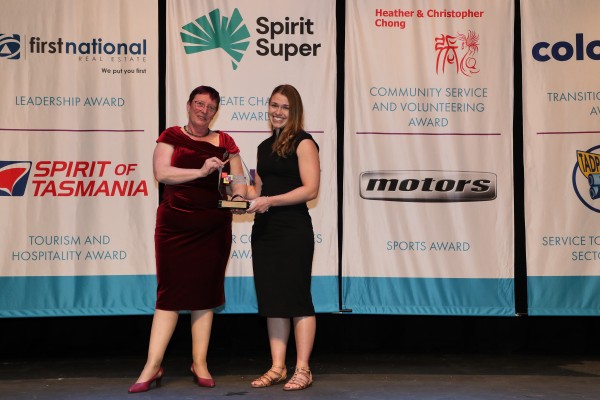 Liam Johnston 18 of Underwood is committed to representing Australia. Liam is a National Representative in the sport of Mountain Biking - having been selected twice to represent Australia as a Junior (U19) at the UCI Mountain Bike World Championships (Cross Country). He travelled to Canada and would have gone to Germany in 2020 if not for Covid-19. Liam also won second place at the 2019 Oceania Mountain Bike Champions. He won a Junior World Series race in Malaysia in December 2019. Liam is an active member of the Launceston Mountain Bike Club, where he shares his experiences with up-and-coming junior riders. 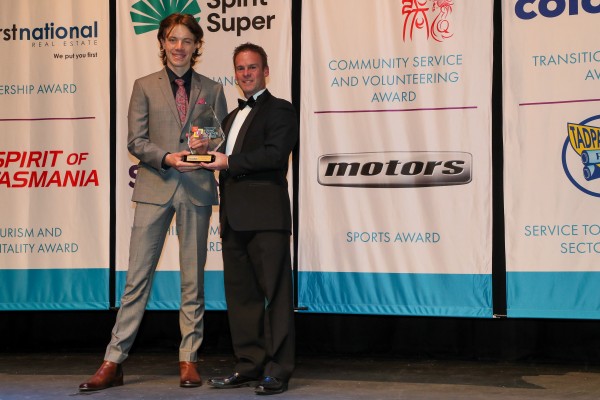 Kaytlyn Johnson 19 of Lapoinya hopes to inspire Indigenous Women. Kaytlyn was selected as one of seven Student Ambassadors, as part of the celebration of 150 years of Public Education in Tasmania. She was a key member in “Project O” - a group of young women advocating for those without a voice. They held a ‘Colourathon’, which raised over $12,000 for women and children experiencing family violence. Kaytlyn was co-president of the Student Executive Council in high school and was the 2018 Tasmanian Indigenous Girls AFL Team captain. Receiving an ATAR of 96.4 in Year 12, she was accepted into the University of Melbourne and awarded the Chancellor’s Scholarship. 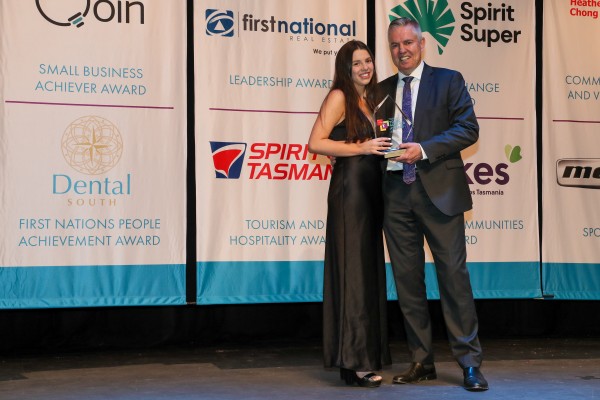 BeaDoughs Donuts of Emu Heights is an inspiration to other young people who would like to do something great. BeaDoughs Donut was founded by 16-year-old Sunny Beatson during the Covid-19 lockdown. Sunny started making doughnuts from his mother’s kitchen to supplement his family’s income. BeaDoughs Donuts has expanded to a shopfront and commercial kitchen within six months, selling 500 donuts per day and hiring employees. Sunny has sought help from mentors and other businesses for marketing and sales advice. He used his own cash flow to bootstrap the business and takes no wage. Sunny also received the Young Citizen of the Year award in Burnie, Tasmania. 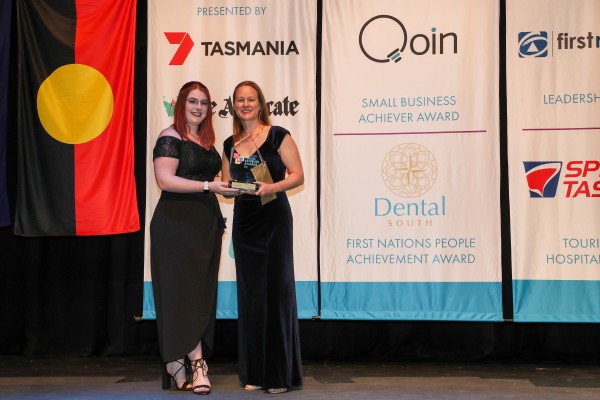 Raw Strength Tasmania 29 of Rokeby is providing affordable, top-quality training to athletes, especially the disabled, aged and disadvantaged people. Raw Strength Tasmania has provided the pathway for drug-free strength within Tasmania. They ran a not-for-profit event, where they flew Australian Sports Anti-Doping Authority (ASADA) to test the competitors, and have since run 12 events. They have run the only Para Lifting Competition in TAS history. They recently proposed to start a very low-cost gym in Clarendon Vale neighbourhood centre to provide health, fitness and well-being at hugely discounted prices. During Covid-19 lockdown, they provided free programs designed for home training for the elderly and vulnerable people. 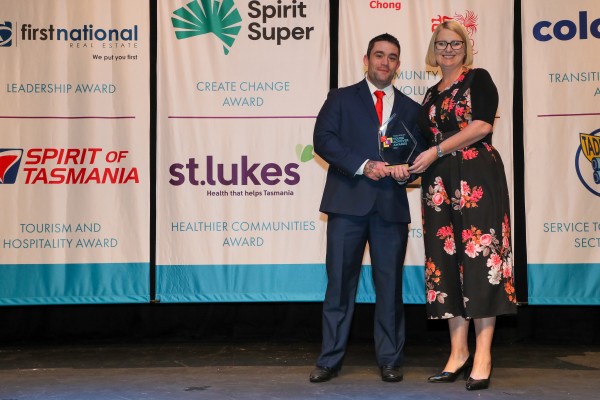 Jessica Benge 28 of Port Sorell works with Avidity Training and Development as trainer and assessor in the disability industry. She was previously a workshop facilitator for Autism Tasmania. She has worked at Latrobe High School, where she helped build a program to make transitioning to high school easier for those with a disability. Jessica started her career at Giant Steps Tasmania, a school specialised in working with people on the Autism Spectrum. Most importantly, she launched Racing with Autism Australia, a project that aims to support and share stories of people living on the Autism Spectrum. Jessica was also nominated for Young Australian of the Year 2020. 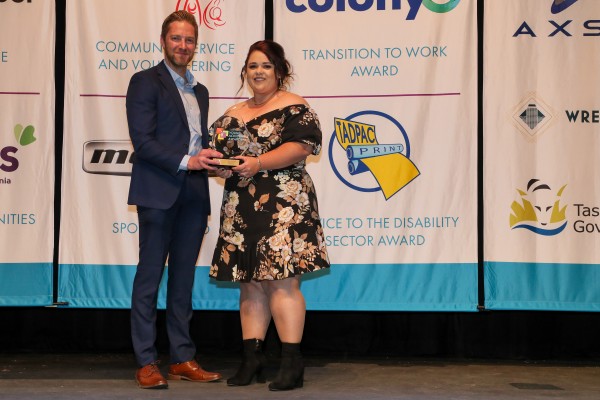 Holly Bowden 28 of Sandy Bay has promoted Tasmanian businesses in a very tough time. When Covid-19 hit, Holly grabbed the opportunity to pursue a childhood dream and started her own show called “Take on Tassie”. She mapped out and chose numerous regions around Tasmania, with the idea to present an ‘eat, play and stay’ element in each place. She would contact the business owners and write a script along with interviews of the owners. Her innovation allowed her to promote all of Tasmania’s hidden gems to Tasmanians and the rest of Australia, showing off the wonderful Tasmanian places whilst showcasing Tasmanian businesses and business owners. 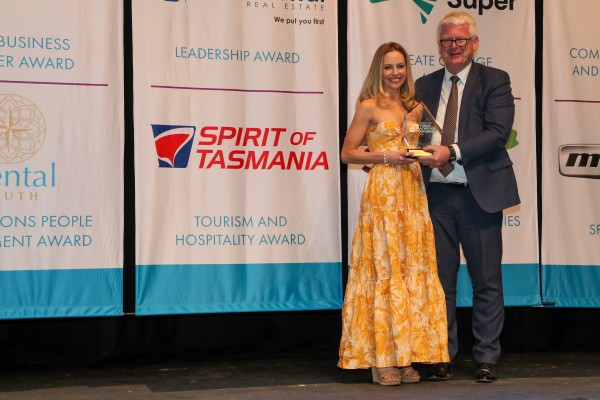 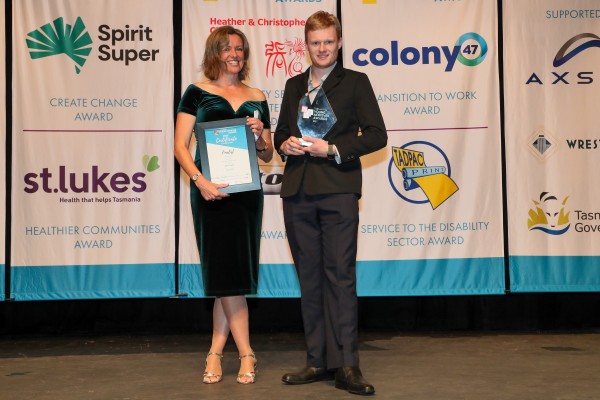