In this week’s episode, Josh is talking to Bryony Soden who was a Finalist in the 2021 7NEWS Young Achiever Awards for Western Australia.

“I’m Bryony I am 21 years old, I live in Waikiki and I am a professional Muay Thai Fighter. I have been doing Muay Thai for a short amount of time 3.5 years and of that 2.5 years of fighting I have achieved 11 fights. I have won gold at the Nationals Muay Thai Australia in 2019, bronze in 2020 and have fought in Thailand. In this short amount of time I have made a massive name for myself in the Muay Thai scene as a up and comer in WA. During this time I volunteered for over a year teaching the kids at my gym, and in the last 6 months began as the head coach for the kids. During this time I’ve been sponsored by Victory Recovery Systems – something I’m very proud of. To fund the training, nutritionists, strength coach’s, boxing coaches, recovery, gear and travelling expenses I have worked at Woolworths whilst studying at Curtin University a Bachelors of Nutrition. To note I have done all this within the past few years having to move homes/slept on couches/questionable living circumstances and dealt with unfortunate drama – which influenced me to fail a few units and develop REDs. However as an athlete during this time I’ve learnt how to deal with this, how to balance life, I invested in a health professional to get my health back and after the first corona locked  down and after my first 2 losses in a row I had a massive comeback fight. My latest 2 fights I have demonstrated how much I have learnt from life and fighting by absolutely schooling my opponents and being in the best shape of my life!

At the moment I’m 8 weeks out from my next fight where I will be taking another more experienced opponent up in weight. As well as I have taken a massive step up in my side hustles of running the social media for my gym to take on a more invested role and to grow it as it’s manager. Not only this, this morning I received amazing news that my strength gym has offered me a sponsorship.

In short, I’m very busy 21 year old that works at Woolworths, is a professional fighter, teaches kids Muay Thai, manages a Muay Thai gym, studies Nutrition at university and am a role model for other women in the Muay Thai community.”

Byrony thanks her Sponsors – want to know more about them:

Want to know how to Rate and Review a podcast, see this article

Want to nominate someone? (It can take as little as 2 minutes to recognise someone making a difference) 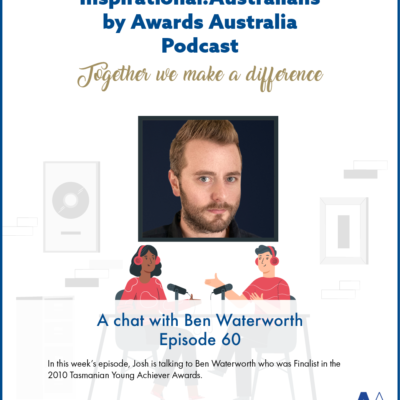 In this week’s episode, Josh is talking to Ben Waterworth who was Finalist...

In this week’s episode, Geoff is talking to Karmin Poulish who was Finalist... 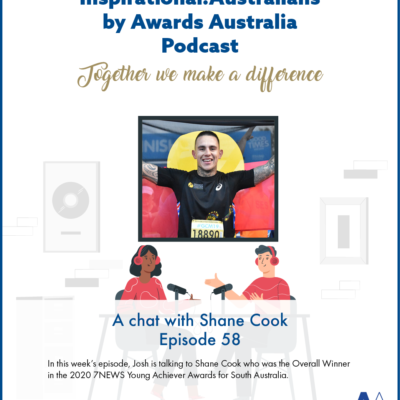 In this week’s episode, Josh is talking to Shane Cook who was the... 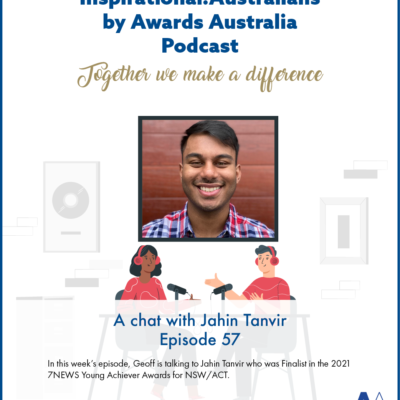 >   In this week’s episode, Geoff is talking to Jahin Tanvir who was... 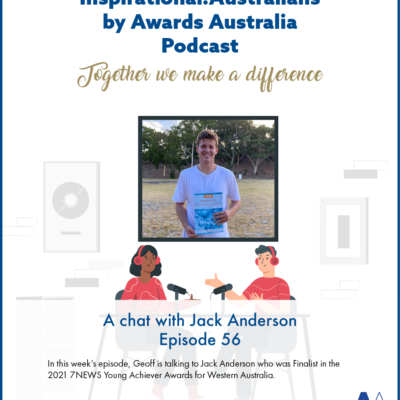 >   In this week’s episode, Geoff is talking to Jack Anderson who was... 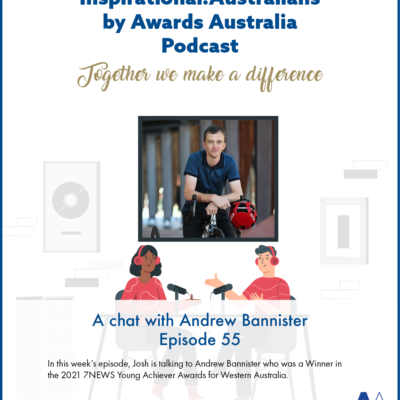 In this week’s episode, Josh is talking to Andrew Bannister who was a... 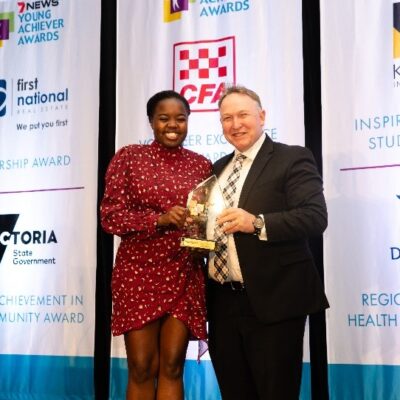 The 7NEWS Young Achiever Awards are all about uncovering and telling the stories of incredible... 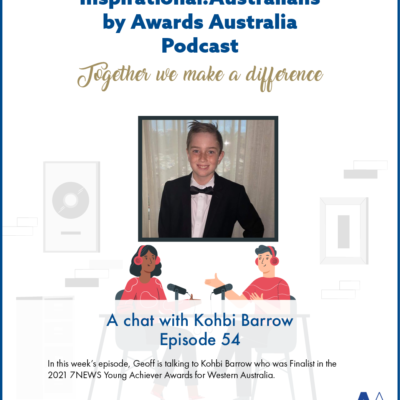 In this week’s episode, Geoff is talking to Kohbi Barrow who was Finalist...