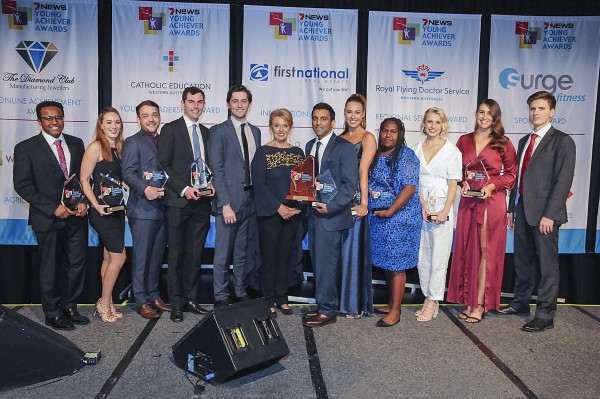 The 2019 Winners with MC for the evening, Susannah Carr from Channel Seven at the Pan Pacific Perth. Photo taken by FAHM FOTO

Jilen Patel, 29 of Sorrento is a paediatric dentist committed to helping the vulnerable and disadvantaged families in remote Aboriginal communities in the Kimberley, homeless people, refugees in the Perth metropolitan area and children with complex medical needs. He developed the Kimberley Dental Team, providing oral health education and volunteer-based dental services to cohorts across WA. He spearheaded the implementation of Strong Teeth for Kimberley Kids School tooth brushing program. He developed a multidisciplinary oral health education and prevention program for resettled refugee children. Jilen also pioneered the use of digital technology to better facilitate the surgical repair of neonates with cleft lip and palate. 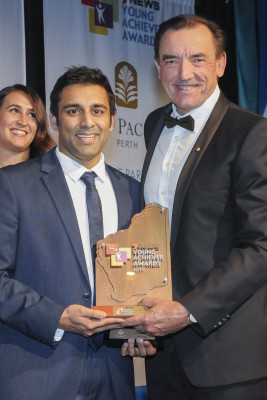 Brianna Throssell, 22 of City Beach is a champion swimmer. She won gold in the 2018 Commonwealth Games and made Commonwealth games record in the 4 x 200m Freestyle and won bronze in the100m butterfly. She was a finalist in the 200m 2016 Rio Olympics, finishing 8th overall. She won 6 medals at the 2014 Nanjing Youth Olympics and finished 4th at the 2015 World Championships in Russia. She was named Western Australia’s Swimmer of the Year in 2015, 2016 and 2018. Brianne is an advocate of the Notre Dame and Elite Athlete Program. She dreams of becoming a Physiotherapist and a Doctor someday. 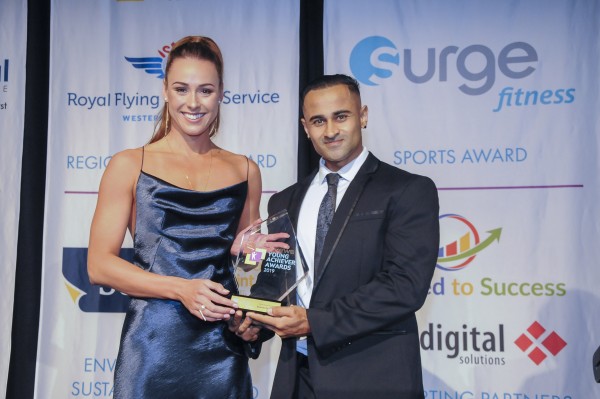 Jilen Patel, 29 of Sorrento is a paediatric dentist committed to helping the vulnerable and disadvantaged families in remote Aboriginal communities in the Kimberley, homeless people, refugees in the Perth metropolitan area and children with complex medical needs. He developed the Kimberley Dental Team, providing oral health education and volunteer-based dental services to cohorts across WA. He spearheaded the implementation of Strong Teeth for Kimberley Kids School tooth brushing program. He developed a multidisciplinary oral health education and prevention program for resettled refugee children. Jilen also pioneered the use of digital technology to better facilitate the surgical repair of neonates with cleft lip and palate. 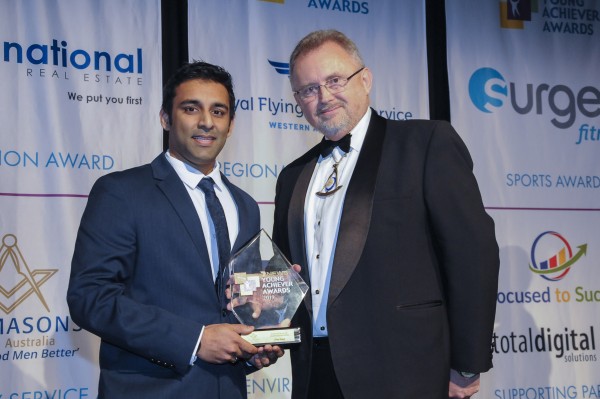 Daisy Goodwin, 23 of Broome has a passion for environment and sustainable agriculture. She works in rural north WA with Aboriginal agricultural businesses and has so far organised seven capacity building workshops, written 16 grant and award applications for her clients worth $1.1 million and 28 articles published. While studying environmental science, she completed self-funded research trips to rural areas in QLD and NSW. After graduation, she became a graduate development officer for the WA Department of Primary Industries and Regional Development in the Aboriginal Economic Development Program. Daisy is involved with Kiva, a not-for-profit organisation offering micro-loans to mostly agricultural businesses in developing countries. 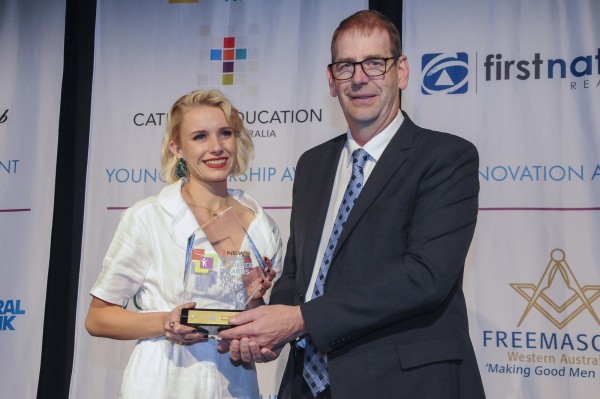 ACE Tutors, 23 of Nedlands is determined to create innovative solutions to problems in the private tutoring industry. ACE Tutors was founded by Gwyn Durbridge, Raphael Watt and Robert Pennefather while studying at the University of Western Australia, driven by a desire to democratise education and provide students with convenient and reliable access to the support they need to achieve their full potential. It was accepted into the Centre for Entrepreneurial Research & Innovation Start-up Programme in November 2017 where its office is currently based. Over 1,000 students, parents and tutors based in Perth have signed up since it launched its app in February 2018. 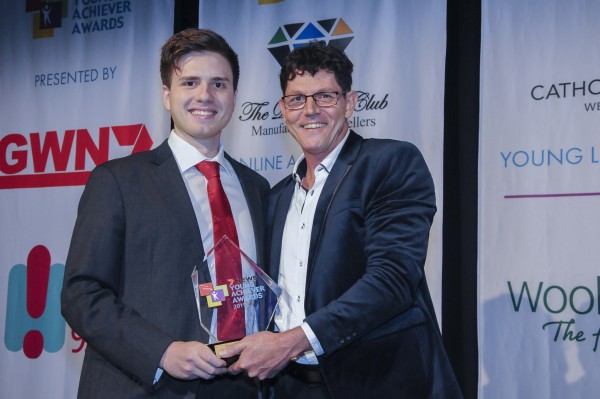 Krista Dunstan, 28 of Bayswater seeks to create a community where every child is given equal opportunity. She is a proud Nyoongar woman, lawyer, and human rights advocate. She was advisor to the minister for Aboriginal Affairs of the WA Aboriginal Advisory Committee. Despite being a full-time carer to her disabled mother and sister, Krista volunteers as Celebrate WA board member and Noongar Charitable Trust Advisory Committee member. She was part of the organising committee of the 2018 and 2012 National Indigenous Legal Conference. She also helped establish the Museum of Freedom and Tolerance and represented Australia at the United Nations for Children’s Rights. 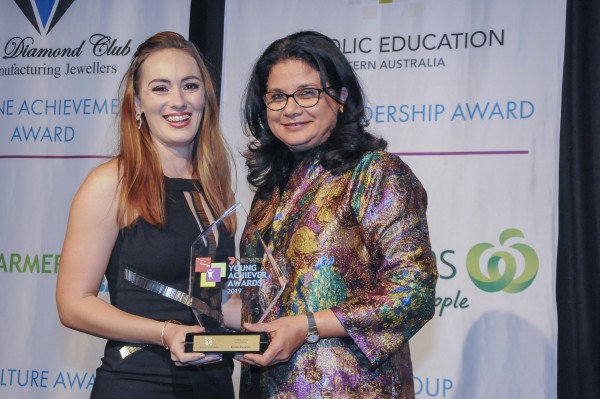 Briege Whitehead, 27 of Karrinyup is a talented storyteller. She is a producer, director and writer who has worked on multiple international factual series such as “72 Places to Live” and “72 Cutest Animals” produced for National Geographic and Netflix and “The Antarctica Experience,” a ground-breaking VR documentary. She owns White Spark Pictures, a production company specialising in international factual television and Virtual Reality. Briege was nominated for ‘Best Interactive’ at the Australian Atom Awards and WA Screen Awards. Her short drama “Crumbs,” has earned official selection in Cannes Antipodes, St. Kilda Film Festival, St Tropez International Film Festival and Perth International Revelation Film Festival. 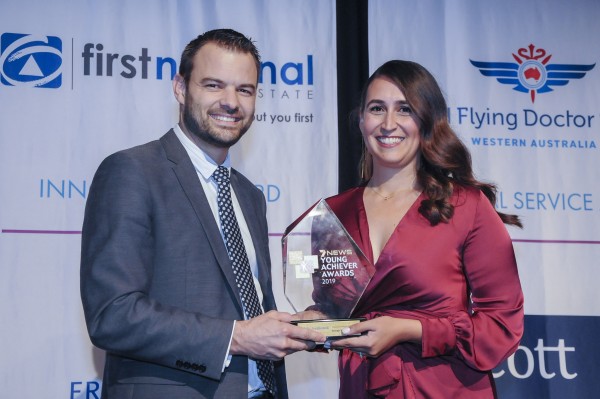 Jason Pitman, 27 of Belmont has a passion for environmental education. It started when he was only 15, when he assisted in wildlife conservation projects in the Peel and Mandurah area. Since then, he has worked on a wide diversity of environmental projects and different working groups. He is currently a Strategy Coordinator at Perth National Resource Management, spending much of his time managing the Swan Canning River Recovery program and eradicating hydrocotyle weed from the river system. Jason delivers Swan-Canning River School talks for primary and secondary schools around Perth and has so far educated over 1,200 students and engaging over 2,000 community members. 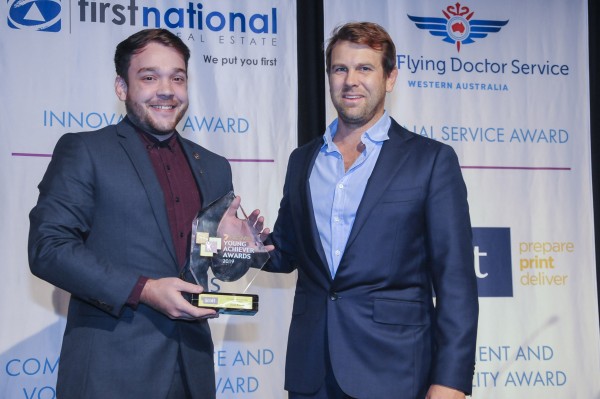 Joella Ashwin, 26 of Wiluna is an inspirational young Martu woman who works for her Wiluna Martu community as an enrolled nurse and acting practice manager at the Ngangganawili Aboriginal Health Service. She is the first to attend University, study nursing, and graduate from the University of Notre Dame. At NAHS, she works closely with the maternal and child health nurse to ensure that young Martu children are receiving ongoing and regular health care. As a result, more Martu parents have increased confidence and trust in NAHS. Despite being a young mother, Joella is committed to improving the health outcomes for her own people. 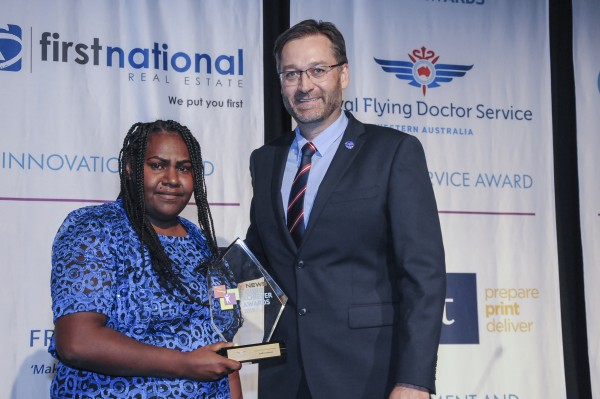 Willetton Senior High School Interact Club offers a welcoming environment that encourages students to collaborate. The Club is rn by students, but with adult support and guidance from facilitators, school administrators and the Rotary Club of Willeton. With students coming from different cultural backgrounds, the Club aims to develop a generation of knowledgeable, community-focused young leaders who have fun while developing skills in problem solving, teamwork and communication. In 2018, the Club raised almost $7,000 which was distributed to several not-for-profits. Outside school, its members provides essential assistance to the Rotary Club of Willeton’s Rotary Fair and the South East Regional Centre for Urban Landscape. 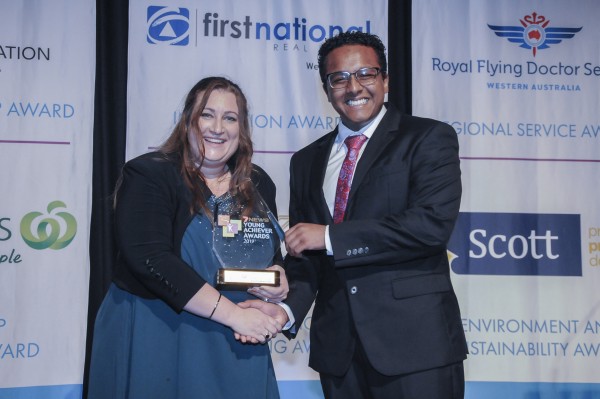